Franklin Square, like many of its neighbors had humble beginnings. Centrally located in what was once the large, grassy Hempstead Plains, Franklin Square was first used as grazing land, and then farmland after the American Revolution. The southern section of what is now Franklin Square was forested by Munson Oak and Dogwood woods. 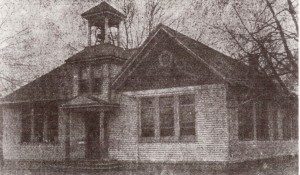 The impetus behind the name “Franklin Square” however remains a mystery. While some have suggested that it is named after founding father Benjamin Franklin , the statesman has no historical connection to the area. Others believe it was named for a local resident whose history is lost to time.In the Fall of 1643, two enterprising gentlemen, the Rev. Robert Fordham and John Carman, crossed Long Island Sound by rowboat to negotiate with the local Indians for a tract of land upon which to establish a new community. According to legend, representatives of the Massapequak, Mericoke, Matinecock and Rockaway tribes met with the men at a site slightly west of Denton Green. The Indians sold approximately 64,000 acres, much of the present day towns of Hempstead and North Hempstead, for items worth less than $100 today.

In 1790, President George Washington made his famous tour of Long Island and passed through the town, writing in his diary that the area was “entirely treeless except for a few acraggly fruit trees.” In the Spring of 1840, future poet Walt Whitman served as the schoolmaster of the Trimming Square school district, located at the meeting point of Franklin Square, Garden City South and West Hempstead, for three months.

Things were rather quiet in the farm-based hamlet until 1852, when Louis Schroerer built a hotel along the recently paved Hempstead-Jamaica Turnpike, a pay road that had a tollgate by what is now Arden Boulevard. With the hotel came a sense of community, as well as large numbers of visitors and immigrants, especially Germans, looking for a new life away from New York City.

With the help of this strong financial leader, the town saw a steady rise in population up until the 1940’s. At this point, Franklin Square transformed into one of the fastest growing areas on Long Island. Fueled by its easy access to New York City and the large number of soldiers returning from World War II, the farms that once dominated the landscape were completely replaced by homes by 1952.Franklin Square gained national recognition through a financial institution which, while now defunct, left a lasting mark on the corner of James Street and Hempstead Turnpike. Originally a local bank opened in 1926, the Franklin Square National Bank would eventually become the 18th largest bank in America. After weathering the financial storm of the Great Depression, the bank bucked the trend of larger Manhattan-based banks opening branches on Long Island after World War II by itself opening branches in the city. Its innovative style, however, could not stop the business from becoming the largest bank failure in the United States in 1974. The green-topped building would soon after be known as the EAB Building, then Citibank, and now Chase. In 2004, it was named a historical landmark by the town of Hempstead.

Today, the 2.9 square-mile suburb remains an active community with a strong local business core and some of the most acclaimed restaurants in Nassau County.

Click here to order directly from us and help support the society!